Home » The Best Kpop Songs Of The Last 10 Years

For many Americans, our first introduction into the multidimensional world of K-Pop began with Psy's "Gangnam Style", a catchy pop-centric rap with a hook line that made the song go viral. But with BTS finishing an arena world tour with two 2019 Billboard Music Awards under their belt, and TWICE announcing a world tour with dates in America, it's hard to deny that the popularity of K-Pop is ever on the rise in the music industry. If you're new to K-pop, you might be looking for the best KPop songs to get a better understanding of the genre.

Buckle in and prepare yourself for a crash course in K-pop. We'll talk everything K-Pop, including the biggest artists, the history makers, and the best KPop songs you should be listening to.

K-Pop is a twenty year old industry that has only recently begun making significant strides in the global market - so there's a lot of history to catch up on to understand the entire evolution of the genre. We've gathered the most common questions and answers here!

A lot of people want to point at K-pop and say, "Well, obviously it's pop music," or "K-pop is a separate genre of music." But the real answer is that both of these statements are both true and false. K-pop is popular music in Korea, but it's different from what Americans would think of as pop music since there are many sub-genres. The truth is that you can't stuff K-pop into a neat box.

What is K-pop then? Min Yoongi of BTS probably said it best when he called K-pop "integrated content". K-pop incorporates the music, the music videos, the fashion, and the personalities and talents of each artist. Albums in K-pop tend to be highly conceptualized, and K-pop music videos are characterized by intense visual stories. More than any other music industry, K-Pop sells the entire concept of the artist as a whole - their musical ability, their dancing ability, and their personality are all part of the streamlined K-Pop package.

K-Pop music has its roots in pop music - songs with upbeat tempos and catchy choruses. However, each K-Pop artist puts a new spin on pop music. K-Pop songs often include rap, R&B, and trap music. K-Pop music has also explored alternative rock, hip-hop, EDM, and ballads. The sub-genres in K-Pop make the distinction between K-Pop artists very unique. You can think of K-Pop as the ultimate portmanteau of music around the globe.

3. Are There K-pop Collaborations?

K-Pop collaborations with other popular global artists is actually a relatively new thing. The most famous recent collaborations have all been done by the reigning popular artists in K-Pop, like BTS, who have worked with Halsey, Charlie XCX, and Lil Nas.

4. Who Are the Biggest K-Pop Artists?

The biggest artists in K-Pop include BTS, EXO, BlackPink, Girls' Generation, TWICE, Red Velvet, GOT7, Seventeen, Big Bang, SNSD, Super Junior, and SHINee. These are the artists currently topping the K-Pop and international music charts and the artists that have had the biggest impact on the K-Pop music industry. Many K-Pop fans say that K-Pop wouldn't be as popular today if not for artists like Big Bang or Super Junior.

5. Are There Any English K-Pop Songs?

Yes and no. K-Pop music is primarily in Korean. However, many K-Pop songs feature a few English phrases. The popularity of using English in K-Pop music has led to the popular rise of Konglish, which is a combination of Korean and English. That said, finding a K-Pop song that is completely in English is difficult, although some groups like BlackPink feature entire rap verses in English.

6. Why Should I Listen to Music I Can't Understand?

Many fans of K-Pop make the argument that music is universal - you don't necessarily need to know the lyrics of a song to understand the emotions or the meaning portrayed by the artists. This is especially true when the song has a music video, which tells the visual story of the song and makes the meaning of the song accessible to international fans.

However, it isn't difficult to find translations of Korean lyrics if you as a listener are adamant about understanding the meaning of the song.

In creating this list of the Best Kpop Songs of the Last 10 Years, we went through an extensive and truly impressive list of K-Pop artists to find the songs that made the biggest splash in the industry. We were looking for chart-toppers and record breakers. We also tried to evaluate based on the objective popularity of the artists to make the list fair.

Like any other music, you can buy K-Pop songs individually or by the album. Both individual songs and albums are comparable in price to their Western counterpoints. A single track will run you about $1 to $2, while an entire album is between $15 and $30. It should be noted that K-Pop albums tend to include posters, picture books, and other small items like mirrors or key chains. You also have the option of purchasing mini albums or EPs, which run about from $4 to $6. 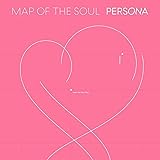 The first single on the album Map of the Soul: PERSONA, "Boy With Luv" is an integrated hip-hop song that paves the road of a new era for this boy group.

I Got a Boy 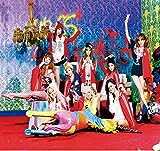 I Got a Boy
Check Price

The first single on the "time machine album" I GOT A BOY, the title track "I Got A Boy" signaled a return from a hiatus for this popular girl group.

"Sorry Sorry" is a funky, EDM inspired dance track that highlights the newer, more mature sound of this boy group.

As If It's Your Last 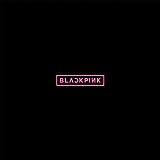 "As If It's Your Last" is a fan-ranked best song produced by this girl group and is part of an EP with other hip-hop songs full of attitude.

"A" is the song that changed the game for this boy group, proving that hip-hop could seamlessly incorporate retro beats and bright, optimistic vocals. 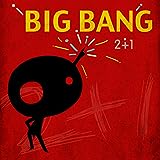 This single once again set Big Bang up as the kings of K-Pop when it was released and marked a new turn for the genre as a whole.

This solo artist made a name for herself with the single "Boo", which was one of the main tracks on her first studio release album. 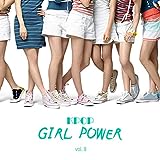 The title track "Sixth Sense" is part of the fourth studio album for this girl group and features a soulful R&B with a pop overlay that makes the song an instant classic. 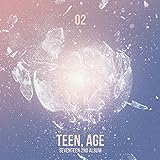 Fans of this boy group have voted "Hello" as the best song of the group's second album, with its catchy, joyful tune and melodic rapping.

Known for their bubblegum pop EDM sound, this girl group won fans over with this song: the title track of their latest mini album.

Picking the best song is a matter of personal taste - maybe you're a fan of rap-heavy hip-hop or maybe you lean more toward R&B. Maybe you look at this list and listen to these songs and can't decide which song is best. When it comes to K-Pop, the simple truth is that you will like what you like. But our favorite? Definitely "Hello."

Our list of The Best Kpop Songs of the Last 10 years might feature the most popular chart-toppers, but there are hundreds of more songs made by dozens of K-Pop artists in the last decade that could have also made this list. The entire "integrated content" genre of music is so expansive that picking the best Kpop songs is a big ask for any dedicated fan of K-Pop music.

You might find it easier to start with the most popular artists of the moment, like BTS and TWICE, or you might start with the K-Pop groundbreakers, like Big Bang and Super Junior. Either way, new and old fans of K-Pop have a lot to look forward to as the genre enters a new decade of content production. We're looking forward to making another list of the best Kpop songs ten years down the line!