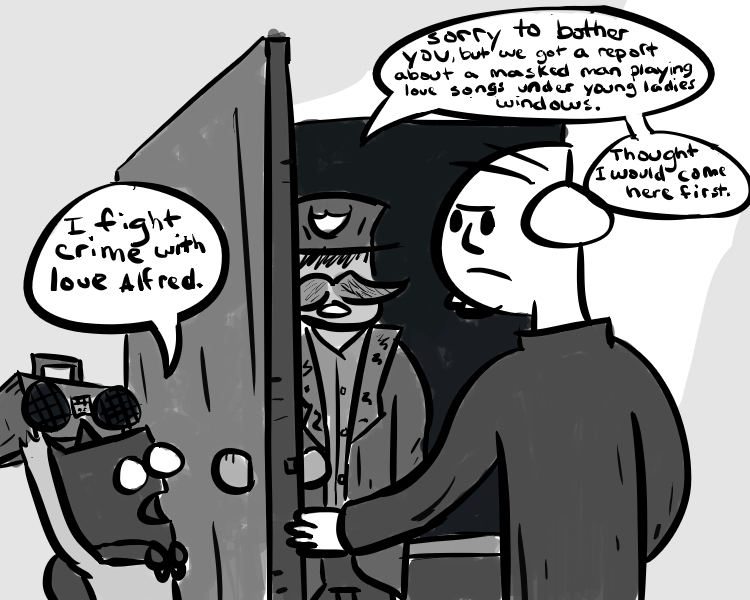 The Caped Crusader has been portrayed in many ways across all media over the years, but never quite like this. In this webcomic series by Kevin Axt, Batman hasn’t quite grown into his Batsuit, and his attempts at crime fighting usually end with a telling off by the venerable butler, Alfred.

All of Batman’s friends and enemies make appearances, such as Joker the Schoolyard bully and Robin the Wonder Baby. And of course, who could forget about Batman’s on again off again relationship with Catwoman? The Kid Batman spends much of his time chasing after her with sometimes hilarious results.

What makes this comic special is that it takes someone as extraordinarily depressing as Batman and gives him emotions by showing us that he was a goofy kid just like the rest of us at some point: the only difference is, he’s freaking Batman….

…still adorable though. You can view more exploits of KidBatman on his very own website.

I usually get out of bed at 2 pm the earliest and go back to sleep around 5 am. I am a strong believer that you can make the best of your life in any circumstances and my life motto is “When life gives you lemons, grab tequila and salt”. My favorite movie of all times is “In the Soup” and I have a long bucket list that includes parachuting, seeing Machu Picchu and learning how to dance bachatta.